Skip to content
Home
World
Pakistan arrests 17 Indian fishermen, says- We warned they did not listen

Pakistan (Pakistan) has arrested 17 Indian fishermen. All have been handed over to the police after presenting them before the judicial magistrate. 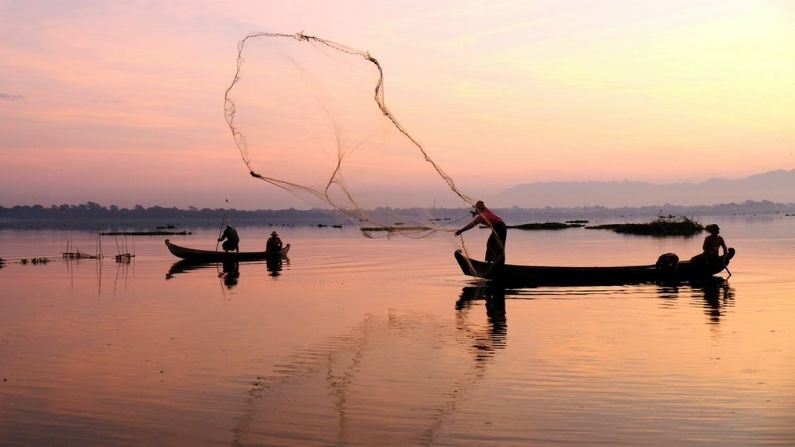 Pakistan Arrests Indian Fishermen Confiscated Their Boats: Pakistan has arrested 17 Indian fishermen for their alleged entry into the waters of the country. Along with this, he has seized three boats of these fishermen. A spokesman of the Pakistan Maritime Security Agency said that the fishermen arrested on Friday were produced before the judicial magistrate on Saturday and handed over to the police.

The official said that Indian fishermen were warned that they are in the waters of Pakistan and they should go away but they did not listen to the warning. The spokesman said that high-speed boats were used to arrest 17 fishermen, who were within 10-15 nautical miles of Pakistan’s waters near Sir Creek, the coastal border between Pakistan and India. Indian fishermen are sent to Malir or Landhi Jail in Karachi.

The arrest comes after a gap of one year when 23 Indian fishermen were arrested. Pakistan does such activities continuously. When he arrested these 23 fishermen, four of his fishing boats were also seized by his maritime security agency. Due to sluggish bureaucracy and lengthy legal procedures, fishermen usually remain in jails for several months and sometimes even years.

Why are these arrests?

Pakistan and India often arrest each other’s fishermen as there is no clear demarcation of the maritime boundary in the Arabian Sea and fishermen do not have boats equipped with technology to know their exact location.

Also read- Myanmar’s ambassador speaking out against the army at the UN, removed from office by accusing him of ‘traitor’