After the blast, the ship had to avoid further travel. In recent days, both Israel’s Defense Minister and the Army Chief have indicated that they hold Iran responsible for the attack. 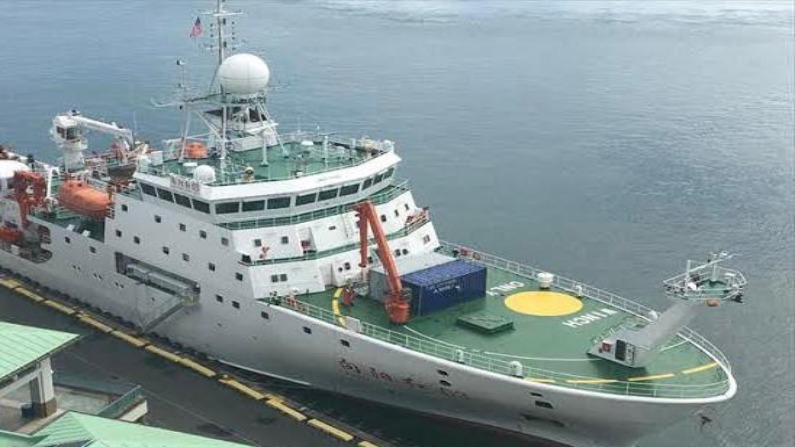 Israeli Prime Minister Benjamin Netanyahu on Monday accused Iran of attacking an Israeli-owned cargo vessel in the Gulf of Oman last week. Netanyahu said in a conversation with Israel’s public broadcaster ‘Kan’ that ‘this is indeed Iran’s work, it is clear.

Netanyahu said that Israel’s worst enemy is Iran and I am committed to stopping it. We are doing war in the entire region. Explain that the Israeli-owned vessel MV Helios Ray exploded mysteriously in the Gulf of Oman on Friday when it was going to Singapore.

According to US defense officials, there was no damage to the crew in this blast, but the ship had four holes. On Sunday, he was brought to Badargah in Dubai for repair. Before the explosion, the ship had landed cars at many ports. However, after the blast, he had to postpone further travel and was brought to Dubai port for repair and inspection.

In recent days, both the Defense Minister and the Army Chief of Israel had indicated that they held Iran responsible for the attack. The incident has created renewed security concerns in the maritime region of West Asia amid growing tensions with Iran.

Iran has rejected the allegations

At the same time, Iran’s Foreign Ministry on Monday strongly rejected the allegations made by Israeli Prime Minister Benjamin Netanyahu. In a press conference, spokesperson Saeed Khatibzadeh said that we strongly reject this charge. The source of this charge itself shows how illegal this claim is.

Also read: The goods train will travel from Turkey to Pakistan after traveling for 12 days, then the train stopped for 9 years ready to run on the track

Also read: Pakistan does not have grid system to provide electricity to the people, suggestion to spend wasted energy in bitcon mining