Skip to content
Home
World
How powerful is the army of Saudi Arabia, what deadly weapons does the army have?

Seeing the dream of becoming the head of Muslim countries, Saudi Arabia with a lot of money has not been able to strengthen its army. This is a bitter reality. 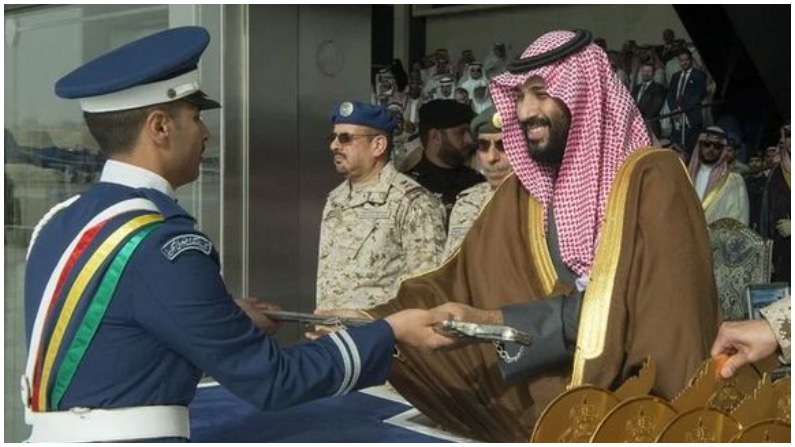 The Defense Ministry of Saudi Arabia, taking a historic decision, approved the inclusion of women in the army. However, it has also been said to keep women away from the battlefield. For any country, the representation of women in its army would have been historic and it is unprecedented to get women the right to wear army uniforms when the country is in Saudi Arabia, where there are all kinds of restrictions on women. Let us know some important facts about the Royal Army of Saudi Arabia under the pretext of the influx of this historic decision.

The modern Arab army has its roots in the Saudi state. This army was formed in the year 1744. The ground army was reestablished in 1901 as a separate branch of the armed forces with the foundation of modern Saudi Arabia. It is considered to be the oldest branch of Saudi Arabia’s army today.

He has to bear the brunt of this war against Yemen. Saudi Arabia started the war in 2015 against the Houthi rebels of Yemen. Initially, this battle seemed one-sided to Saudi, but over time, his thinking melted like iron in the heat of war and he got entangled.

The reason for not strengthening the army

Experts say that the Saudi army is very weak because it does not have the training to run state-of-the-art weapons. One of the main reasons for this is said that the Saudi royal family is scared that if the army gets stronger then there could be a coup. Therefore, Saudi depends mostly on US and Pakistan for its security and military needs.

According to the Stockholm International Peace Research Institute, Saudi Arabia was ranked third in terms of military spending in 2017. His defence budget was $ 69.4 billion. This was more than the total military expenditure of Iraq, Israel, Algeria and Oman, the five major countries of the Middle East.

The Saudi Arabian army has 1142 tanks. Saudi Arabia imports the most weapons after India. In addition, Saudi Arabia has 322 rocket projectors. Also, the Royal Air Force of Saudi has 844 aircraft. Saudi’s Royal Airforce also has Eurofighter Typhoons. Despite being equipped with so many modern weapons, Saudi continues to get involved in the war against Yemen.