The company is about to raise Rs 9,375 crore through IPO. The company had got approval for the issue from SEBI only last week. In view of the strong demand from the investors, the company has decided to issue the issue early.

People with knowledge of this matter said that the price band of the company’s issue could be Rs 70-72.

Paytm IPO: Paytm will bring an issue of Rs 16,600 crore, know when the IPO is coming

According to this price band, the company can raise Rs 9375 crore. It will become the second largest IPO company in the last 4 years. Earlier, SBI Cards and Payment Services had raised Rs 10,335 crore.

Earlier in October 2017, such a huge amount was raised through issue. Then General Insurance Corporation raised Rs 11,176 crore from IPO.

The price band for the issue of Zomato is expected to be Rs 70-72. Accordingly, the valuation of the company will be $ 7.6 billion i.e. Rs 56,240 crore. The biggest stakeholder of the company is Info Edge. It holds 18.5 per cent stake. The company had taken this stake at Rs 1.16 per share.

Zomato IPO: Should You Invest In This Most Wanted Issue?

According to a report by ET, Zomato shares are trading at Rs 78-80 per share in the gray market. This is at a 12 per cent premium over the estimated price band of 70-72. In the last fund raised by Zomato, it raised Rs 40,000 crore by selling stake at Rs 55-60 per share. 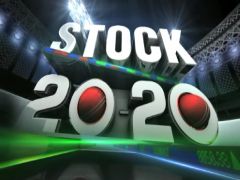 August 9, 2021August 9, 2021Market
We use cookies to ensure that we give you the best experience on our website.