Skip to content
Home Market Stocks of Bharti Airtel lost more than 4% in spite of a sharp rise in stock markets, this is the reason

The stock market gained tremendous momentum today after the steep fall of the previous session, but despite this, Bharti Airtel stocks fell by more than 4%. Actually, Integrated Core Strategies Asia Pte Company (Integrated Core Strategies (Asia) Pte) sold about 37 million shares of Bharti Airtel, due to which the stock of the company has seen such a huge decline today. Stocks of Bharti Airtel lost 4.22% to close at Rs 532.80 today. Whereas today its stocks opened at Rs 558.

Stocks of the company had dropped to Rs 521 today. While the Sensex gained 749.85 points to close at 49,849.84 points today and the Nifty gained 232.40 points to close at 14,761.55 points. Airtel’s rival company Jio on Sunday announced the launch of JioPhone 2021. Jio launched three new plans with JioPhone 2021, which include 1 year and 2 year new plans with plans for existing users. This had already reduced the sentiment of investors towards Airtel.

Airtel plans to allot its 3.64 crore equity shares to Lion Meadow Investment Ltd (LMIL) on a preferential basis. In return, it will buy a 20% stake in its DTH service Bharti Telemedia. For this, the company will seek approval from its board of directors on 19 March. 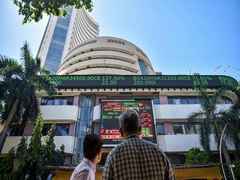 July 9, 2021July 9, 2021Market
We use cookies to ensure that we give you the best experience on our website.