Skip to content
Home Market Stocks in news: There will be a stir in these stocks today on the basis of news, keep an eye

By keeping a close watch on every movement of stocks, your investment can definitely be protected. Here we are telling such stocks which will be in news today and on which the market will be eyeing

Has signed an agreement with ADNOC for the chemical project. World class chemical plant will be set up in Abu Dhabi. Agreement has been signed for Chlor-Alkali, EDC and PVC plants.

Bharti Airtel will further invest Rs 3700 crore in England’s Satellite Communications Company company OneWeb. After the new investment, the company’s stake will increase to 38.6 percent. Last year Bharti, in collaboration with the UK government, saved the company from bankruptcy.

India has reduced the duty on palm oil to 10 per cent. Duty cut on palm oil will come into effect today.

The business of IRCTC, the catering and tourism arm of Indian Railways, has been affected due to reduced movement of people due to the corona virus epidemic. IRCTC’s net profit declined by 23% to Rs 103.78 crore in the last quarter of the financial year 2020-21, as against Rs 135.14 crore a year ago. 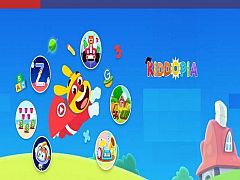