Skip to content
Home Market Stocks in news: action will be seen in these stocks on the basis of news, they did not lose sight

Your investment can be secured by keeping a close watch on every movement of shares. Here we are telling such stocks which will remain in the news today and which will be monitored by the market.

In a poll to CNBC-TV18, industry experts had expected BPCL to post a net profit of Rs 1730 crore in the March quarter. But the company has made a profit of Rs 11.940 crore, falsifying all the estimates, which is 7 times more than the experts’ estimates.

BPCL’s Board of Directors has announced a dividend of Rs 58 on the shareholders with a face value of Rs 10 for the financial year ended 31 March 2021, including a one-time dividend of Rs 35 per equity share. The final dividend will be given to investors within 30 days of the announcement of its AGM. This final dividend is in addition to the interim dividend of Rs 21 given by the company.

MSCI Rebalancing will be implemented today by closing. Inflows of $ 65-68 million are expected in the Indian market.

The FY22 Guidelines have been reiterated by the company. The company said in its statement that margins will be above 20% in FY22. The order pipeline will remain at a record level. Efforts are being made to increase penetration in new verticals like Health. We also try to reduce dependency on top clients. 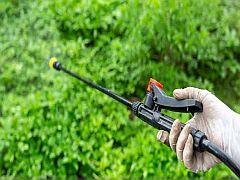