RailTel IPO: RailTel Corporation of India IPO was opened on 16 February and closed on 18 February. So far the retail portions of the issue have been subscribed 11 times. The government is set to raise Rs 820 crore by selling its 27 per cent stake in the company. All this money will go to the government, the company will not get anything from it.

Surprisingly, where RailTel’s unlisted shares were trading at a premium till a few days ago, they have now fallen. Analysts are positive about the issue as it is a mini Ratna company and has no debt. Also, the company has been continuously paying dividends. Experts say that the IPO of the company is at a valuation of 21.4 P / E according to the upper band of the price band of 93-94 rupees.

According to ET, Abhay Doshi, a trader from Gujarat who keeps an eye on the gray market, said that RailTel is trading at a premium of only Rs 12-14 on February 18 in the gray market. Whereas till a few days ago it was 47 rupees.

The company’s prospects are good, but the sentiment has changed as QIB and HNI lose interest. 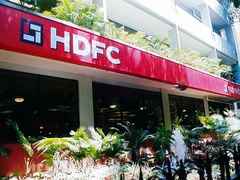 February 12, 2021February 28, 2021Market
We use cookies to ensure that we give you the best experience on our website.