Skip to content
Home
Market
Know from the market experts on the occasion of Ganesh Chaturthi, the stocks that feed the modak of profit

The arrival of Ganpati, a symbol of enthusiasm and happiness, is going to happen in the whole country from tomorrow i.e. Friday 10th September. The 10-day Ganesh Chaturthi festival will start across India from tomorrow. Due to Corona, some restrictions have also been imposed in many places on overcrowding. But this will not reduce the enthusiasm of the countrymen much, people will celebrate the festival of Ganesh Chaturthi at their homes without any restrictions.

Modak is the favorite dish of Ganpati. Ganesha is considered to be the god of obstacles as well as the god of Riddhi Siddhi. Hence, on this occasion, CNBC-Awaaz is presenting to its audience the preferred stocks of market stalwarts that will prove to be a profitable investment vehicle for investors in the long run.

Rajesh Satpute says buy in LIC HSG with a stop loss of Rs 400 and target Rs 460.

Manas Jaiswal said that the stocks are profitable and buy HDFC AMC with a stop loss of 3074, a target of 3800 can be seen in it.

Prakash Gaba advised to buy HDFC Bank for the long term, he said that the target of 2000 will come in this.

Asit Baran Patti has buy on Ganesh Chaturthi in ICICI BANK with stoploss of Rs 700 and target of 780.

Market at record high, foreign money came out the most from these sectors in the second fortnight of August

Shubham Aggarwal said that the stock of BATA India will give good returns to the investors in the long term. Buy it with a stop loss of Rs 1650 and target Rs 1900.

Chandan Tapdia said that good movements have been seen in this stock but there will be further rally in it. Hence, long term buy on IEX share with a stop loss of Rs 560 and target of Rs 650 is recommended.

Ashish said that this stock has shown good move since last few days. Hence, it is recommended to buy NAUKRI stock with a stop loss of Rs 6400 and target of 7500 for further rally. 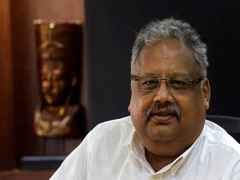