Skip to content
Home Market In the earnings game of the stock market, 22 percent return was found in 3 days, where are the experts betting today

With the start of a new week of stock market games on CNBC-Awaaz, new players are ready to compete. This week there is a competition between Sameet Chavan of Angel Broking, Mudit Goyal of SMC Group and Himanshu Gupta of Globe Capital.

Top calls of the third day of the trading week

Sameet Chavan was the top BF UTILITIES for the third day which gave a return of 5.71 percent in one day

Himanshu Gupta’s third day top SUTLEJ TEXTILES was the one which gave a return of 3.67 percent in one day

Shares suggested by Sameet Chavan gave returns of 21.62 percent at the end of the third day.

Shares suggested by Mudit Goyal gave returns of 15.86 percent at the end of the third day.

At the end of the third day, the shares suggested by Himanshu Gupta gave returns of 20.25 percent.

Experts opinion on the market today

Sameet Chavan of Angel Broking Giving opinion on the market, said that overall there is a positive trend in the market, as long as Nifty holds the level of 15400-15450, then there is no need to worry here, although it would not be advisable to trade in the index. Whatever correction will come in the market, it will be seen coming only because of profit collection. Midcap stocks are doing well. Realty stocks are also showing a boom, so today we would advise to accelerate in this sector.

Himanshu Gupta of Globe Capital Said on the market that according to the way Nifty has shown a move today, it can be seen going towards 15800. On the other hand, if Bank Nifty holds the level of 35550, then a jump of 200 points can be seen in it too. On the other hand, follow-up buying is being seen in midcap and smallcap stocks.

Mudit Goyal of SMC Group Giving the outlook on the market, he said that in view of the ongoing rally in the market, we had said yesterday that it will see the level of 15650, which today Nifty has touched this level. If today it manages to close above 15600 or 15650, then it will see a sharp rally, due to which Nifty can go towards 16000 in the next 2 to 3 sessions. He further said that the party is going on in midcaps and smallcaps, ahead of this midcaps and smallcaps will be seen outperforming.

Disclaimer: Player No.1 Buy/Sell Opinion of the shares mentioned in the show is the opinion of the experts. CNBC-Awaaz or Moneycontrol does not take responsibility for this, please consult your financial advisor before entering into any transaction. 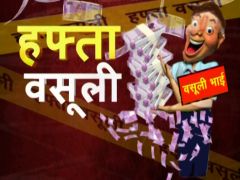