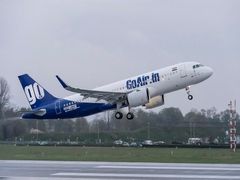 GoAir, a private airline company run by the Wadia Group, is set to raise funds through a public issue. However, the company is thinking of launching IPO many times since 2017, but has not been successful so far. But due to the tremendous response received by IPO in the primary market of the country in the last 1 year, the company has revived its plan to launch IPO once again. According to the report, the company plans to launch an IPO this year to raise Rs 3000 crore. Through this IPO, the Wadia Group can sell its 30% stake in GoAir.

According to the news published in ET, GoAir has appointed Citigroup, ICICI Securities and Morgan Stanley as their investment bankers for this IPO. Sources from the company said that the company is trying to reduce its debt and fundraising for the long term and this is the ideal time to launch an IPO. Sources said that the Wadia Group is set to sell its 30% stake through this IPO.

GoAir’s business has been badly affected by the Coronavirus epidemic and the company is struggling to meet its operational costs. The debt burden on the company is also increasing. The company had a total debt of Rs 1819 crore as of March 31, 2019, which has now increased significantly. Whereas, the company had a net profit of Rs 123 crore and revenue of Rs 6262 crore in the last financial year. Also, bank funding of airlines companies has been affected due to Kovid, which has further compounded the problem. Let us tell you that the Wadia Group operates business companies such as Bombay Dyeing, Bombay Bumrah, Britannia Biscuit, National Peroxide and Bombay Reality with GoAir.

GoAir has 300 flights a day for 27 destinations and the company has 8.6% stake in domestic passenger traffic. If GoAir’s IPO comes then the valuation of the company will be less than SpiceJet. Let us tell you that Indigo’s m-cap is Rs 64,700 crore and SpiceJet’s m-cap is Rs 5300 crore. Indigo-owned company InterGlobe Aviation has gained 80% in the past 6 months. At the same time, SpiceJet shares have risen 90% during this period.

Quarter off to shaky start as stocks stumble, but oil jumps

How does inflation destroy your money?