Skip to content
Home
Market
Action will be seen in shares on the basis of news, know which stocks will be in focus today

By keeping a close watch on every movement of stocks, your investment can definitely be protected. Here we are telling such stocks which will be in the news today and on which the market will be eyeing.

There will be a big block deal in SBI Life today. Canada Pension Fund will sell 2 crore shares. These deals can be between Rs 1159 to 1220.

RBI exits UCO Bank from PCA Framework. The decision was taken after the better results of March 2021. The exemption has been given with conditions, although the monitoring of the bank will continue. Obstacles will end on giving loans, opening new branches. The bank is in PCA since May 2017.

RK Damani holds 0.72 percent stake in the bank. This has been revealed in the annual report of the bank.

The board has approved the new Nano Urea Fertilizer Plant. The capacity of the new plant will be 75 kilolitres per day. .

There is an agreement between TCS and Avianca. This agreement has been done for the growth in the field of cloud.

Commercial production has started from the new unit in Bangalore. The new unit will increase the company’s capacity by 4.5%.

The loan of Australia’s subsidiary has been repaid ahead of time. Repaid a loan of $10.56 million. The company says that it will repay the entire loan abroad in the coming quarters. Will make the company completely debt free by FY23 and by 2025 the capacity of Angul Steel Plant will be 12 lakhs.

Tire prices have hit a one-year low. Prices in Japan are at their lowest level in August 2020. Demand in China fell by 24% during August. 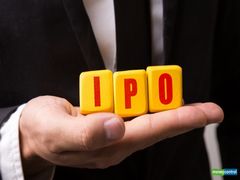