Skip to content
Home
Market
2 players earned 10% return in just 3 days in the earning game of stock market, where is the focus today

With the start of a new week in the stock market’s earning sports player number one on CNBC-Awaaz, new players are ready to compete on the fourth day of the week. Joining us this week are Gaurav Bissa of LKP Securities, Manish Sharma of LearnMarketsOnline.com and Miraj Vora of IDBI Capital. There is a competition between them to earn returns in this game.

At the end of the third day, the stocks suggested by the players got this much return

At the end of the third day, there was a return of about 10.66 percent on the stocks suggested by Gaurav Bissa.

At the end of the third day, stocks suggested by Manish Sharma got a return of about 4.33 percent.

At the end of the third day, the suggested stocks of Miraj Vora got a return of about 9.96 percent.

Disclaimer: Player No.1 Buy/Sell Opinion of the shares mentioned in the show is the expert’s own opinion. CNBC-Awaaz or Moneycontrol does not take responsibility for this, please consult your financial advisor before entering into any transaction. 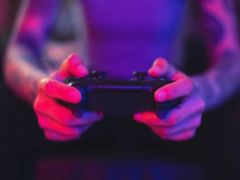