Skip to content
Home
Property
Real estate affected by the second wave of Corona, the launch of new projects decreased by 53%

The real estate sector is also not untouched by the economic crisis caused by Corona, according to an estimate, the sale of new houses decreased by 60% in the last 2 months. On the one hand, while homebuyers are away from the residential market, the hope of the same developers rests on the Covid vaccination.

Sumedha Mehta, a resident of Delhi, had intensified her efforts to buy her house when the second wave of Corona dashed her hopes. When the job market faltered, concerns about financial security increased. On the other hand, news related to Corona also raised health concerns. As a result Sumedha canceled her house booked in Noida.

Sumedha is not alone, many like her have had to put their dream of home on hold for the time being. The first wave of Corona had attracted buyers for real estate, but this time it is not so. The buyers have not only retreated, but the work has also been affected a lot.

According to a report by property consulting firm Enrock, the construction of more than 4 lakh houses across the country has come to a halt due to Corona. Developers are also saying that there is a huge shortage of labor and where the work is going on, the pace is very slow. Raw materials like steel and cement have also become costlier by 50 to 60% as compared to last year. However, builders are also saying that the desire for work from home and safe shelter in Corona has also raised the demand for homes. Now it is expected that with the vaccination, the situation will improve even more.

It remains to be seen what happens next, but according to a report by Edelweiss Research, home sales have fallen by 60% in April, while the launch of fresh projects has also declined by 53%. People are not sure about their profession and jobs, financial security tops the list. In such a situation, home buyers have gone into the mode of wait and watch. However, the industry is hopeful that something like the first wave will happen again this time too. 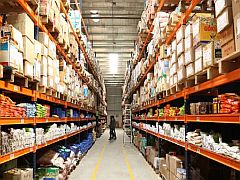 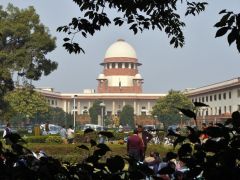