The Enforcement Directorate (ED) has taken possession of immovable property worth Rs 1.45 crore of Brajesh Thakur, the main accused in the Muzzafarpur Shelter Home Case case of Bihar. According to Hindustan Times, the ED (Enforcement Directorate) said on Wednesday that the property taken possession is located in Palam area of ​​Delhi and that the property is in the name of Asha, wife of Brajesh Thakur. The girl child house was being run by the Seva Sankalp Evam Vikash Samiti, an NGO managed by Thakur.

According to the newspaper, the ED has accused Brajesh Thakur of illegally receiving funds from the government and other agencies in the name of NGO. According to the agency, Thakur, the main accused in the Muzaffarpur Shelter Home case, used Rs 7.57 crore received by the NGO to invest in the name of himself and his family members. The ED said that Thakur also spent money from his younger son Mehul Anand’s medical education. The ED said that during the investigation of the money laundering case it was found that the shelter home for girls in Muzaffarpur was running in a very suspicious manner.

During the investigation, the girls were also informed about the violence and sexual exploitation. The case relates to the sexual exploitation of 44 girls in a girl child. Medical tests found that 34 of the 44 girls at the government-funded shelter were sexually assaulted. The Central Bureau of Investigation (CBI) filed a charge sheet in 2018 against 21 accused, including Thakur. A Delhi court has sentenced Brajesh Thakur to life imprisonment till the last breath in a case of sexual exploitation and physical harassment of girls in a shelter home.

The court has also sentenced 11 others to life imprisonment in this case. In the year 2018, a case of sexual exploitation of girls was reported in a girl child in Muzaffarpur district of Bihar. The case came to light when an attempt team from Tata Institute of Social Sciences (TIS), a Mumbai-based institute, claimed in its social accounting report that several girls in the girl child had complained of sexual harassment. They are treated inhumanely and kept in objectionable situations. This girl house located on Sahu Road in Muzaffarpur was operated by the Service Resolution and Development Committee, which was the NGO of Brajesh Thakur. 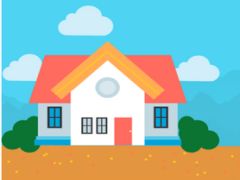