Skip to content
Home
Latest News
Samsung’s new smartphone Galaxy A32 will be launched on March 3, know what will be special in it 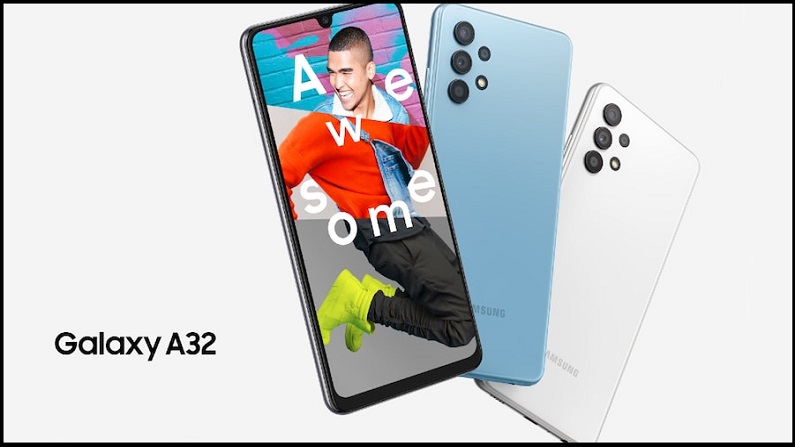 South Korean smartphone company Samsung is going to launch its new smartphone Samsung Galaxy A32 on 3 March. The company has given information about the launch of this phone on its Twitter handle. Samsung wrote on Twitter that, “Get ready to create a standing moment together. Get your A game because the things here are awesome. Only 2 days left. Get Notified. “

This phone has already been launched in international markets along with Russia and UK. The Samsung Galaxy A32 smartphone support page has also been created on the website of Samsung India. Along with this, this information has also been given on the webpage that its sale will start from March 5.

Specifications of Samsung Galaxy A32

Samsung Galaxy A32 will get a 6.4-inch FHD + Super AMOLED screen with a refresh rate of 90Hz. This smartphone will have 6GB of RAM and 128GB of storage and this phone will come in four color options of Awesome Black, Awesome White, Awesome Blue and Awesome Violet. Talking about the camera, there will be a quad camera in its rear, which will have a 64-megapixel main sensor, 8-megapixel ultra-wide lens, 5-megapixel macro lens, and a 5-megapixel depth sensor. At the same time, a 20-megapixel camera will be available in this smartphone for selfie.

Get ready to create stunning moments together. Bring your A game as things are about to Go Awesome over here. Only 2 days left. Get notified. https://t.co/KgFWgzAKxX#AwesomeIsForEveryone #Samsung pic.twitter.com/y8s4CsqarA

Apart from this, 5000mAh battery will be available to power the phone, which comes with 15 Watt fast charging support. Talking about security, this phone will get an in-display fingerprint scanner.

Let us tell you that in addition to this smartphone, the company is going to launch the Galaxy M12 smartphone on 11 March. This phone will be launched on March 11 at 12 noon, which will have a 48-megapixel camera and many amazing features.

Apple revealed: 86 percent of iPhones run on this latest operating system, know what is special in this iOS

If these messages related to SBI are coming to you, then alert, the account will be emptied with one click