Skip to content
Home
Latest News
Realme is going to launch its most powerful phone so far, problems may increase for other companies

The phone has been designed taking inspiration from the Ford GT car. At the same time, black and yellow color options can be given. 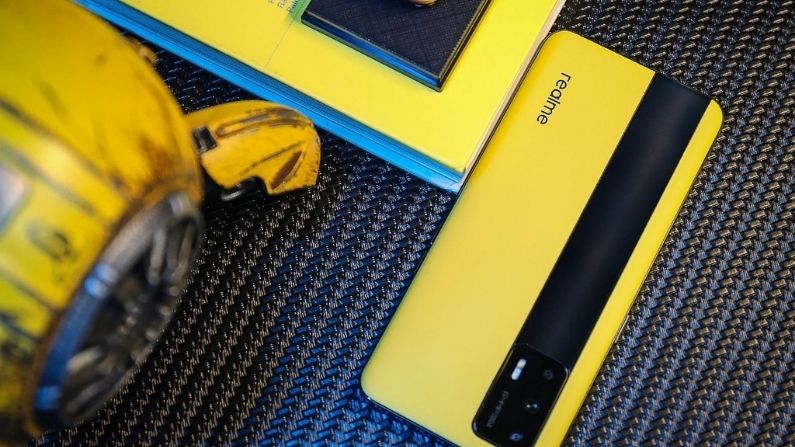 The teaser of Reality GT has been released by the company so far. After the disclosure of official teasers, the company has now lifted the curtains on some features of the phone. On Geekbench, the smartphone is listed with the model number of RMX2202. The phone can come with Snapdragon 888, Android 11 and 12 GB RAM. In the live image, the phone is shown in black color option. The company has said that this phone will be launched on March 4.

The company has said that it is working on the MediaTek version as the company can be part of the dual platform dual flagship. The Reality GT has a super AMOLED display that comes with a 120Hz refresh rate. If you believe some more reports, then the price of the phone can be around 34,000 rupees. If the sources are to be believed, this phone has been designed taking inspiration from the Ford GT car. At the same time, it can be given a color option of black and yellow color, which will come with dual tone vegan leather design.

The phone can be launched with a stainless steel VC cooling mechanism. This will also be done so that the performance of the phone can be improved. If we talk about some more leaks, then 8 GB RAM and 128 GB internal storage can be given in the phone.

The phone will be launched on Reality UI 2.0 based Android 11. If you talk about the camera, then the quad camera setup can be given in the phone which can be given a macro sensor with 64 megapixel primary sensor, ultra wide angle lens and depth sensor.

After Xiaomi, now Huawei is going to make electric car, will be launched later this year

The month of March is going to be special for OnePlus users, the company is going to make this big announcement.