In Facebook’s BARS app, users can record up to 60 seconds of video and save it on their camera roll as well as share it on social media. 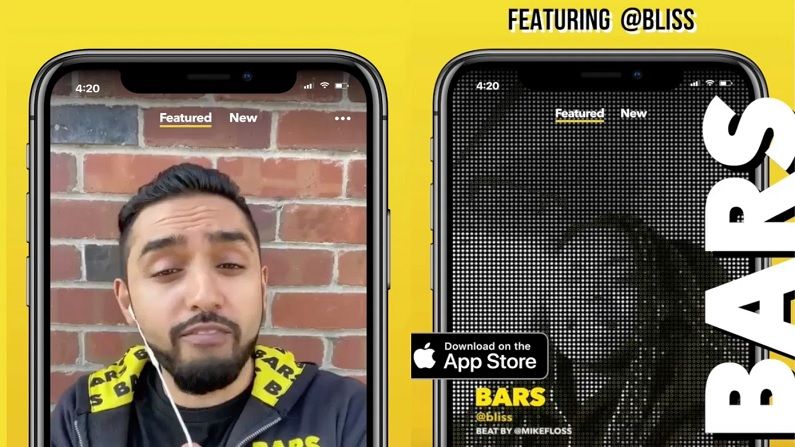 The social media giant Facebook’s NPE team (New Product Experiment Team) has introduced an amazing app for users called BARS. You can easily sing rap with the BARS app. In this, you will get professionally created beats on which you can record and share your rap.

According to the report of TechCrunch, users will get hundreds of beats in this app, by selecting anyone, they can record videos on their own lyrics. In the BARS app, beats will be available as per the lyrics and on your AutoTune selection it will set everything automatically so that you can record the video. After doing this you will not need to select filters and other audio video effects.

Can record up to 60 seconds of video

In this app, users can record up to 60 seconds of video and save it in their camera roll as well as share it on social media. There will also be a ‘Challenge Mode’ in which users can create rap from the words prepared by the app and can enjoy freestyle wrapping. According to the report, this app has been developed by a team of rappers during Pandemic.

Like NPE’s collab, Pandemic has played an important role in creating BARS. NPE’s team member DJ Iyler said that Pandemic had lost access to all live music and plays where rappers could experiment and show their talent. The company said that the BARS app was developed by a team of aspiring rappers and now its beta version has been launched.

Let us know that the BARS app is currently available for free on the American App Store. However, the company has not yet launched its Android version.

These secret features are already present in your smartphone, try now

These top-5 UPI apps will get rid of cash clutter, you can send money anywhere in the country