Skip to content
Home Money Commodity market: Gold flutter due to Fed’s decision, now how will gold and silver move ahead

US-Fed has not changed interest rates. With all. It has been decided to continue with asset purchases. The Fed has indicated to raise rates twice in 2023. The Fed has expressed hope for a sharp recovery in the US economy and has projected US GDP growth to be 7 percent. At the same time, inflation is estimated to be 3.4 percent.

Gold has slipped below Rs 48,000 on MCX. Gold on MCX is seen at a low of 1 month. At the same time, gold on Comex is close to the low of one and a half months. The Hawkish comment of the Federal Reserve has put pressure on it. There is a jump in the dollar index and it is seen at an 8-week high. There has also been a jump in the US bond yield and it has come near 1.58 percent.

Silver is seen at a 4-week low on Comex. The Hawkish comment of the Federal Reserve has put pressure on it. The dollar index has also jumped and is at an 8-week high.

After the Fed meeting, crude oil is seeing pressure from the upper levels. However, Brent remains near $74. The prices are supported by better demand. Crude inventories in the US have decreased by 73.5 million barrels. OPEC+ is scheduled to meet on July 1 on the strategy for H2,2021. Iran’s crude exports are unlikely to increase.

Metals are under pressure. Metals are weak on strong dollar and reports of sell-off from China’s reserves. Copper prices are seen at a two-month low. Funds have reduced long positions in metals. China will soon release the details of selling the metal from the reserve. 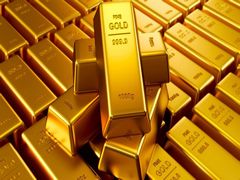 March 2, 2021March 2, 2021Money
We use cookies to ensure that we give you the best experience on our website.