by Kanika Maggo
in LIC
0 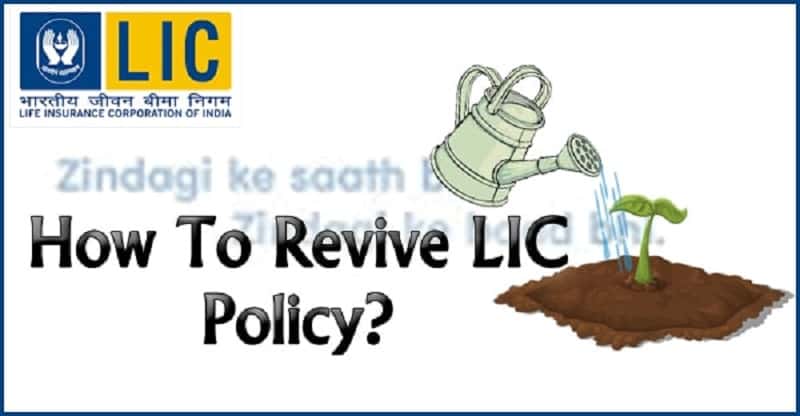 Having a LIC policy is very important nowadays because you never know when and how any miss happening will happen to you, therefore, taking the pre-precautions is must. But after getting LIC policy one needs to take care that the premium is being paid on time. As if the premiums are not being paid on time then your policy will get lapsed. Many people stuck in this problem of when their policies get laps and they have no other choice. But now there is an option for this problem and you can revive your lapsed LIC policy very easily. One just needs to follow a few things which are given below to revive the lapsed LIC policy.

Must Read: How To Register on LIC Portal? – LIC Registration Process

How To Revive The Premium Installment Which Is Due?

Any case, if the policyholder was unable to pay the due installment of the premiums then they could revive it in the following way:

Revival Scheme With Its Survival Benefits

Is It Necessary To Revive a Lapsed LIC Policy?

The revival of the lapsed LIC policy is very important for a few reasons given below:

Some Important Things While Doing a Revival of LIC Policy

LIC is providing the best services to its customers to retain their loyal customers. Therefore they are providing this Revival plan of the policy for a specific period after the lapse so that because of any miss happening if the policyholder was unable to pay the dues then they could get a chance for doing the same. The above mentioned are some of the methods through which term policy could be revived very easily.

WHY BUY HEALTH INSURANCE AT A YOUNG AGE?

From October 1 the way of working of the office will change, salary will decrease, working time will increase