Investing in gold is part of your strategy or just a love for a son! 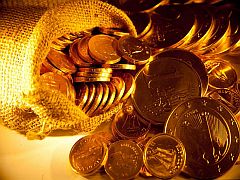 Gold has been attracting people all over the world since the beginning of civilization, but the love for gold in India has been much more. It can be understood in such a way that where gold was mostly confined to the beauty of kings-emperors, palaces and treasuries in other civilizations of the world.

At the same time in India, it has always been in the eyes of the common people as a means of offering temples, marriages and mutual transactions. This is why India consumes one-third of the world gold even after the end of the reign of kings and kings.

And two-thirds of this is also held by rural India, which is generally considered a low-income sector.

According to an estimate by the World Gold Council, Indian households have around 25,000 tonnes of gold in total. 50% of the total demand for gold comes from weddings.

Despite being so popular in Indian society, gold has historically never been very popular as an investment asset.

In opposition to this, it can be argued that until 4-5 decades ago, when there was no stock market, nor real estate could develop as an asset class, people mostly invested in gold. But if we understand a little deeper, it was more than a means of saving more than investment.

Traditionally, Indian families have been buying gold with savings, but this purchase is not in the form of coins or coins, but usually in the form of jewelery. And selling jewelery is still seen as socially inferior in India.

Second, before the introduction of Hallmark two decades ago, the purity of gold in jewelery was not guaranteed. Even now, jewelers in small towns and rural areas do not use hallmarks.

Many times gold purity in gold jewelery is also up to 16 and 18 carats. So when the buyer goes to sell his jewelery of 100 rupees, there is no guarantee that he will get 80 rupees after deducting the impurity including the making charge. Therefore, it is wrong to say that buying jewelry is an investment.

However, the scenario has been changing a bit since the last couple of decades. This change is coming in two ways, first, gold consumption in India is falling rapidly and secondly, the popularity of gold as an investment asset is increasing. First discuss the reasons and consequences of the change once again.

At the moment we talk of another change. Following the trend of using gold for regular investment, there is now availability of gold based mutual funds and gold coins up to 1 gram.

Due to these reasons, the interest of people in investing in gold is increasing, but is this interest really a proof of increasing economic awareness or that the golden love of centuries old Indians is once again coming in the form of investment? To get an answer to this question one has to walk towards the basics of investment.

Three elements are very important for any investment to be meaningful and successful – first expected return, second risk appetite and third investment period.

But generally a very dangerous pattern of investment is seen in small investors, which can be called Sheep Chal. Often, a small investor enters an asset class seeing the tremendous growth and then when that class is very beaten, then it gets tired.

It becomes even easier for him to fall into this trap when one of the popular asset classes is beating badly, and at the same time another class is bouncing. This is why small investors often narrate stories of losses.

Secondly, any asset class is neither good nor bad. An asset class may be good for one investor, and bad for another. So whenever you make up your mind to invest in gold, then do ask yourself some questions.

Are you investing only to protect your savings against inflation? Is the form of gold you are investing in (jewelry, coins, bars, funds) is convenient to sell and is bringing some kind of extra burden on you? And how much time are you willing to give to your investment?

But is your investment ready to wait for some such historical occasion?

Gold is considered to be the most powerful hedging tool against inflation, and that is why people rush to invest in gold whenever there is uncertainty about the future in the world.

If your investment is a medicine of fear, then gold is indeed a good option for you, but if you want to invest for a better future, then other options should be well weighed.

(The author is knowledgeable about economic matters)

Common Mistakes Made by the Rich

Airtel: This telecom stock can give 34% return, brokerage house has given a target of Rs 910

Better environment for startups in these states including Gujarat-Karnataka, Union Minister Piyush Goyal released the list