In another attempt to modernize the defense sector, the Modi government has taken an important decision to promote the drone industry. The cabinet on Wednesday approved a Rs 120 crore Production Linked Incentive (PLI) scheme for the drone industry. Announcing this on Wednesday, Union Minister Anurag Thakur said that the government has approved a Production Linked Incentive Scheme for the Auto Industry, Auto-Components Industry and Drone Industry to enhance India’s manufacturing capabilities.

The Union Minister said that the PLI scheme for drones is expected to attract fresh investments of more than Rs 5,000 crore in three years. It seems that it will bring in incremental production of more than 1500 crores.

In financial terms, the PLI scheme helps the industry to promote domestic production to reduce imports. This means that to bring self-reliance in the defense sector, India will not only use modern and most used weapons in the future, but will also produce them itself.

Earlier, according to a report, the Prime Minister had issued instructions to prepare a draft for non-contact warfare and unmanned weapons combat in the defense sector. A task force has also been formed under the leadership of Chief of Defense Staff (CDS) Bipin Rawat to implement these instructions.

Non-contact warfare includes all non-kinetic forms. These are related to the information, cyberspace and psychological domains. Also, the military aspect of such warfare can include drones and other such weapons.

In fact, India has made such rapid changes in its strategy regarding the drone industry, because for the last several months many incidents of drone sighting on the borders with Pakistan in Jammu and Kashmir and supplying arms and ammunition to terrorists through it. have come to the fore. Most of the incidents were foiled by the Indian Army.

But the biggest setback was for India, when in June, two bombs were dropped by drones at the Air Force Station in Jammu. Two personnel were slightly injured in this. Since then, India has also made many major changes in its drone policy. At the same time, it is known from the announcement of the PLI scheme for the drone industry, India has now taken its first step towards becoming a drone exporter. 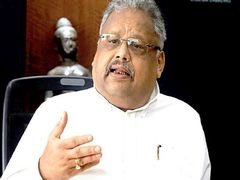