Skip to content
Home
Investment Plans
LIC may invest in Zomato’s IPO, preparing to invest in the primary market for the first time

Life Insurance Corporation of India (LIC) is bidding for shares of Zomato in the initial public offering (IPO) of the online food delivery platform this week, according to two people directly involved in the matter. People associated with the matter said on condition of anonymity that LIC is expected to bid for shares in Zomato’s upcoming IPO. LIC generally used to invest in the secondary market i.e. when the company got listed. It has invested in a public issue only if it is part of the government’s disinvestment programme.

According to online media, one of these two people said, “Zomato’s growth curve shows how fast India has grown in the internet economy.”

Zomato’s valuation has jumped from around $5.4 billion in January to over $8 billion in June, as the pandemic stokes the popularity of the online platform and people avoid going out for fear of infection.

India’s largest online food ordering platform seeks to raise Rs 9,375 crore in a public issue. This will be the first group of Indian consumer internet unicorns to go public in the next few months. Zomato shares are priced between ₹72 and ₹76 and will open for subscription on July 14.

Another person said, “The investment committee of LIC will meet soon to take a final decision on the plan to invest in Zomato’s IPO.” However, there is no statement or reaction from LIC on this matter yet.

For the quarter ended March 31, LIC’s stake in publicly traded companies fell to an all-time low of 3.66% of the market value of 296 companies, with LIC holding more than 1% in these companies. It was 3.7% till December 31.

Zomato’s food-ordering platform connects customers with restaurants and delivery partners. According to RedSeer, Zomato is one of the leading food service platforms in India in terms of value of food sold by March 2021.

What do experts say?

Earlier, Gaurav Garg of CapitalVia Global Research, in an interview to MoneyControl, said that the Rs 9375 crore IPO of Zomato, which opened on subscription on July 14, may be listed at a premium of 30-35 per cent, but for the company, some There are challenges too.

The first of these is that he has to face a strong opponent like Swiggy. Apart from this, there is a dispute with the restaurants regarding its discount.

Zomato’s IPO is expensive compared to similar investment opportunities in the global market. Karvy Capital CIO in an interview to Moneycontrol’s Kshitij Anand said that the reason for such valuation is the offerings coming from this segment and it is not based on the financial position of the company.

Bansal said that the company is running in losses and given this, its public offer is definitely expensive. Such companies are better suited to raise funds through private equity. Given some relaxation in the regulatory environment and good demand for new public offerings, perhaps the company has seen a good opportunity to bring this IPO. 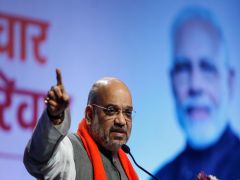