What should investors do after the recent fall in Zomato shares?

According to Mint, Ravi Singhal, Vice Chairman, GCL Securities, told what will be the impact of the stock split. According to Singhal, “The board will approve the stock split in the meeting of August 26. But after the split, there will be no change in the financial position of the company. The fundamentals of the company will remain as before. However, after the stock split, the share price of Affle India will remain the same. The price will come down below Rs 4000. In such a situation, small investors can also invest. This will increase the trading volume of Affle India shares.”

Anticipating a strong breakout for Affle India shares, Sumeet Bagadiya, Executive Director, Choice Broking said, “The breakout of Affle India shares is at Rs 4050. Its strong support is seen at Rs 3800. So whatever happens with Affle India. Those who want to invest in stocks, they should buy above the level of 4050. Target will be Rs 4300-4500 and must put stop loss at Rs 3800. 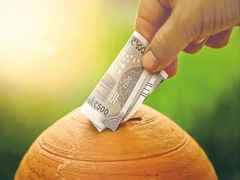