Insurance is right! but why? 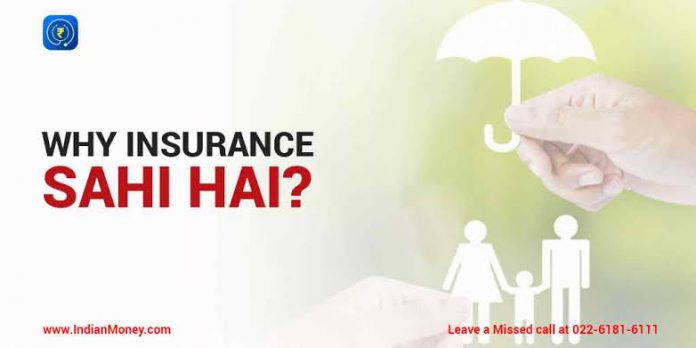 In March 2017, a campaign was launched by the Indian Mutual Funds Association (AMFI). In which why people should invest in mutual funds and how to invest in it and other information related to it was given. The campaign named “Mutual Fund is right” was aimed at making people aware and educated about mutual funds and it was also successful to a great extent in its objective. Along the same lines, the Insurance Regulatory and Development Authority of India (IRDA) wants to make people aware and educated about the benefits of insurance schemes and is soon launching a comprehensive insurance awareness campaign “Insurance is Right”. This campaign will tell people about the importance of insurance schemes and their need and prevalence in today’s time. So through this article we are also going to tell you that insurance is right, but why.

What is insurance porcupine campaign?

“Insurance Sahi Hai” is the most expensive awareness campaign ever launched by the insurance industry. The total budget of this campaign is 100 crores and the Life Insurance Corporation will provide financial help in this campaign. Through the campaign, people will be made aware of insurance using various media.

Insurance is the need of expedition?

Insurance in India is not as popular as it should have been. People force their insurance without force at the behest of anyone. Often people buy insurance plans to avoid tax. Therefore, awareness of insurance will be brought to the people through this campaign, so that people can be educated and in view of their own and their convenience, consider insurance a duty.

For the first time in its history, IRDA switched to radio to promote insurance in 2017. IRDA had launched an insurance awareness program through radio jingles for 6 months. All India Radio (AIR) and private radio channels like Fever 104, Suryan FM, Red FM, Radio City and Radio Mirchi were used for this. The program was conducted in various languages ​​such as Hindi, Tamil, Telugu, Malayalam and Kannada. Radio jingles cover life insurance, motor and home insurance and even health insurance. Through radio jingles, customers are also informed to read and understand the plan documents carefully before availing the scheme. These jingles are broadcast in the morning and late evening. It is the time when people are free from daily work and going from home to office or office to home. This allows more and more people to hear them. IRDA also conducts campaigns on TV channels. Through these campaigns, IRDA also alerts customers against insurance scams.

Insurance is right because –

Insurance is Sahi as it offers a wide range of plans. like,

Life Insurance – These are pure risk cover schemes, which provide financial assistance to the nominee on the death of the insured. In today’s time, pure risk cover plans like term life plans are very much needed.

Health Insurance – Health insurance plans provide you financial help at the time of illness, so that you can get your treatment without worrying about money. Such plans cover expenses incurred during the illness.

Therefore IRDA will focus on the following through its campaign –

Target to provide life, health and property insurance to every citizen of the country by 2047

How to check profit and loss before renewing lapsed policy?

Stock in News: These stocks including Vedanta, HDFC, Coal India, J&K Bank will show action, keep an eye on intraday