Skip to content
Home Scheme Why is the crop diversification scheme of the Haryana government failing, what is the contradiction of policies

Haryana government has included millets along with paddy in its crop diversification plan for Kharif 2021, encouraging farmers to sow pulses and oilseeds instead. Farmers are being encouraged to sow pulses (moong and tur) in place of millets on 70,000 acres, while a target has been set for oilseeds (castor and groundnut) instead of millets on 30,000 acres.

Under the “Mera Pani Meri Virasat” scheme, the government has fixed the target of sowing different crops at the district level. Under the current Kharif season, the state agriculture department has set a target of sowing cotton, maize, tur, moong, vegetables and oilseeds on 2 lakh acres of land. New crops like moth, urad, soybean, guar, sesame, groundnut, castor, kharif onion, and kharif green fodder have also been included.

According to the agro-climatic conditions of each district, the Haryana government has fixed the target of sowing in different areas for different crops there. These schemes of Haryana are significant and hope that farmers will diversify the sowing of a large number of crops and this model will also provide a roadmap for crop diversification for states like Punjab and Maharashtra.

But before reaching any conclusion in this regard, it is also necessary to have an account of the progress made in these schemes so far. Especially in Haryana, in May last year, the assessment of the success of the scheme of Rs 7000 per acre incentive announced for crop diversification can play an important role in this direction.

In fact, crop diversification has emerged as a key guiding factor in the agriculture sector for the state governments of the country in the last few years. For a long time, serious data on the crisis of groundwater has been coming in the reports of various government and non-government organizations and hundreds of pages have been written in all these documents on its solution. But the magnitude of the problem does not seem to be abating.

The per capita availability of water in the country was 5,178 cubic meters in 1951, which declined to 1,544 cubic meters in 2011. It is expected to reduce to 1,140 cubic meters by 2050. Since 80% of groundwater is used for agriculture in India, it is natural that almost all the measures suggested to solve this problem are related to the change in the current practices in the agriculture sector.

The method of irrigation in India until a decade ago was flood irrigation, in which water is released directly into the fields. In the last few years, due to increased awareness among farmers and huge subsidies from state governments, there has been an increase in the use of other methods of irrigation, which use comparatively less water.

But still it is insufficient. In such a situation, the most effective way to save the depleting groundwater level is that of crop re-planning, which has been named as crop diversification.

Paddy and sugarcane, which are the two most grown crops in India, require the most water. According to scientific study, 2000 liters of water is spent per kilogram of sugar production. In the production of rice, this quantity is of 4000 liters of water.

This is the biggest obstacle in the way of solving the problem of groundwater because both these crops are such, which affect the politics the most in different states of the country.

In these, the example of Haryana can help in understanding the problem of the whole country because Haryana itself has taken the most effective steps in the direction of crop diversification as compared to all the states of the country. The amazing thing is that the policies of all the states including Haryana are also the biggest obstacle in shifting the farmers to some other crop.

The most prominent of these policies is government procurement on MSP. In May last year, the Haryana government had taken a significant step towards crop diversification when it was announced that farmers would get an incentive of Rs 7000 per acre for cultivating any other crop instead of paddy.

Initially, the government also saw success in this when farmers moving from paddy to other crops got 1.27 lakh hectares of land registered under this scheme. But after two phases of review, only 38,632 hectares were actually found under the scheme.

Media reports said that out of 47000 farmers of Haryana who moved from paddy to any other crop, only a few got the first installment of Rs 7000 per acre incentive i.e. Rs 2000, while the second installment of Rs 5000 did not get any .

In Haryana, of the 38,632 hectares used by farmers for cultivation of crops other than paddy, 22,131 acres went to cotton, 3,611 acres to horticulture, 2,441 acres to maize and 246 hectares under pulses. Sowing took place. According to state government data, Haryana produced 27.45 lakh tonnes of cotton last year, but the Cotton Corporation of India procured only 5.27 lakh tonnes.

It is obvious that the farmers have felt cheated after this experience and hence it will be difficult for the farmer to believe the announcements made by the Haryana Government for Kharif 2021. On the whole, it is a grand scheme of feticide and a big reason behind this is the government resources being invested in paddy.

It is strange that the government wants farmers to leave paddy cultivation, but it is not ready to move away from the decades-old policy of giving VIP treatment to paddy. No crop diversification scheme can be successful unless the status of paddy is passed on to other crops.

(The author is a specialist in economic and agricultural matters) 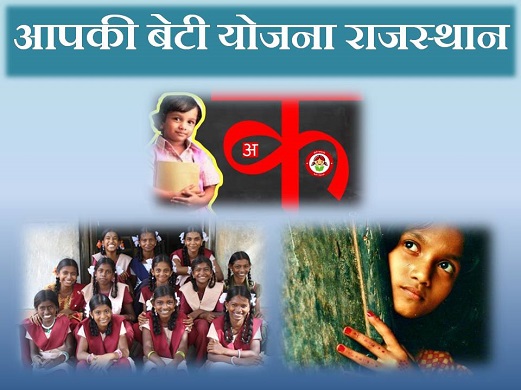