What is Arundhati Gold Scheme? 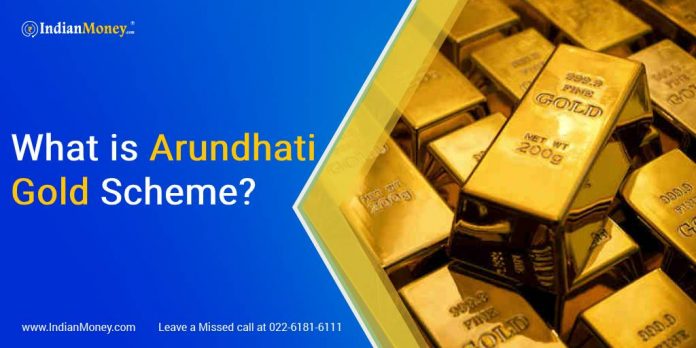 A girl is most happy when she becomes a bride. Right now the wedding season is going on. Many girls will meet the prince of their dreams as a bride. Assam brides find another reason to be happy. Assam government has announced to launch a new scheme for brides from January 2020. According to this scheme, every bride aged 18 years or above will be presented 10 grams gold as a gift by the state government. The scheme has been named “Arundhati Gold Scheme (Arundhati Gold Scheme)”. This will cost about Rs 800 crore per year on the state government. The plan was announced by Assam Finance Minister Hemant Biswa Sarma while presenting the state budget. Information about this scheme is being given through this article.

In this situation, the children are not aware of the marriage and are forced to do it without their consent. In such a situation girls are not safe with their husbands. Husbands misbehave with them and in most cases sell them. For this reason girls go through severe trauma. This is an important social issue that the government should consider and find some solution to it. There are about three lakh marriages in Assam every year, but only 50,000 to 60,000 marriages are legally registered.

To avail the Arundhati Gold Scheme, the following conditions have to be followed.

Purpose of the plan

The objective of this scheme is to make girls aware of education. This scheme will also help in preventing child marriage.

This is a major initiative launched by the state government of Assam to reduce child marriage and the trafficking of brides. This scheme can prove to be helpful in the upliftment of backward and poor sections of society. Generally, uneducated and poor families believe that their daughter’s marriage in rich family will secure her future. But while thinking so and deciding this, he forgets to think about the mental and physical health of the girl. In many cases, poor families marry their daughter in exchange for money to settle their dues. Girls from Assam, Bihar, West Bengal and Jharkhand are sold in Punjab, Haryana and Rajasthan.

Although no such government records are available, thousands of such cases are happening every year across the country. Hopefully, such a plan will definitely reduce child marriage. Other states facing similar problems should also adopt this scheme. Social awareness camps should be organized in rural areas to prevent such cases, so that people can understand the ill effects of child marriage. In today’s digital age, the government can also create awareness among people by creating and publishing educational videos on such sensitive topics. It is the most effective way to reach the general public. It also costs less.

Aether Listing: Tomorrow Listing of Aether Shares, How to Make a Strategy for Profit