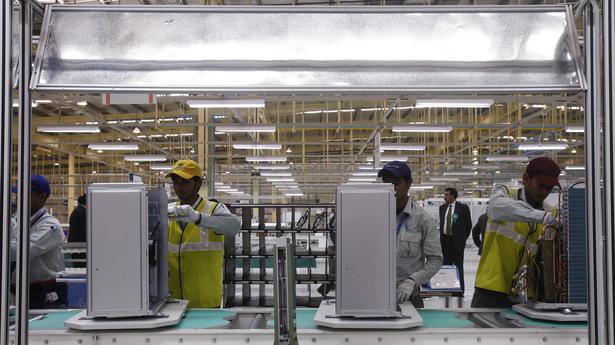 The government on June 28, 2022 said 15 firms, including Adani Copper Tubes, LG Electronics and Wipro Enterprises, with committed investment of ₹1,368 crore have been provisionally selected as beneficiaries under the production linked incentive (PLI) scheme for the white goods sector.

In November last year, 42 firms, including Daikin, Panasonic, Syska and Havells, with committed investment of ₹4,614 crore were selected.

In March this year, the government had reopened the application window for its ₹6,238-crore PLI scheme for air-conditioners (ACs) and LED lights with an aim to accommodate more players as several firms had expressed interest in the initiative.

In this round, 19 companies had applied.

“After evaluation of the 19 applications received in the second round…15 applicants with committed investment of Rs 1,368 crore have been provisionally selected as beneficiaries,” the Commerce and Industry Ministry said.

“These 15 companies will have total production worth Rs 25,583 crore over five years and generate additional direct employment of 4,000 persons,” it said.

The PLI scheme on white goods is designed to create a complete component ecosystem for ACs and LED light industry in India and make India an integral part of the global supply chains.

The ministry said the scheme is expected to lead to total production of AC and LED lights components of about ₹1,22,671 crore over five years.

For ACs, it said, companies will be manufacturing copper tubing, compressors, control assemblies, heat exchangers, among others.

Similarly, for LED lights, chip packaging, drivers, light management systems and metallized films for capacitors will be manufactured in India.

The scheme extends an incentive of 6-4% on a reducing basis on incremental sales for a period of five years subsequent to the base year and one year of gestation period.

PLI Scheme: Selection of 15 companies including Adani Copper Tubes, thousands of direct employment opportunities with an investment of 25 thousand crores

EPF claim status – How many days does it take for payment under process?

Know the rule of clubbing of income of income tax, otherwise you may have to pay tax

Stock in News: These stocks will be in action including Bajaj Auto, Tata Motors, HDFC, HFCL, keep an eye on intraday