Willful defaulters mean the one who borrowed money from the bank but did not make the payment despite having the means of repayment. Till June, 26,022 such cases were pending.

The number of willful defaulters in the country has increased compared to the time before Corona. A new record from the Indian banking system shows that the outstanding has increased by Rs 62,970 crore, or nearly 10%, since the pandemic. The total outstanding amount increased to 6.85 trillion in June from 6.22 trillion in December 2019. This information has come to the fore in the analysis of TransUnion CIBIL database.

According to the Business Standard report, the first case of Kovid-19 was registered in India in January 2020. The outstanding amount of willful defaulters was Rs 7.6 trillion in December 2020. 1.4 trillion rupees more than the first level of the epidemic. The new figures are better than this, but still higher than the levels before the pandemic. Willful defaulter means one who has borrowed money from the bank, but did not make the payment despite having the means of repayment. As of June 2021, 26,022 such cases were pending. The outstanding amount was 6.85 trillion. At the same time, in June 2019, there were 24,175 such cases and the total outstanding amount was 5.5 trillion.

The Business Standard report also said that the data for the September quarter is gradually coming in, but at least 16 banks have registered an increase in defaults compared to June. This is even more disturbing. In this analysis, only those banks were taken which showed an increase in both the total number of outstanding cases as well as the outstanding amount during June. It indicates the new case filed.

Banks had an outstanding of Rs 3,613.28 crore on willful defaulters in this quarter. At least 345 new cases were filed. This means that banks filed about 4 cases per day during the quarter, worth about Rs 40 crore. Union Finance Minister Nirmala Sitharaman said on Tuesday that the intent of the government is to ensure that the defaulters return the money. If this is not the case, then the non-performing asset (NPA) will never be able to come down.

No defaulter should be left

“We should not spare any defaulter and especially those who have fled the country,” he said. We will get their property through the courts and give it to the banks. RBI’s July Financial Stability Report states that there may be an increase in bad loans. No defaulter should be spared. 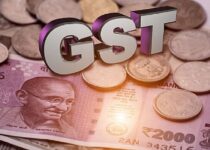