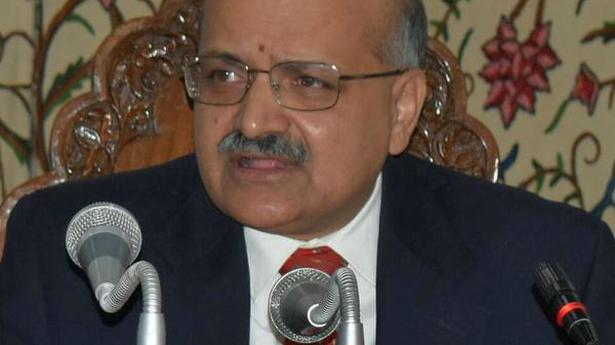 India’s free trade pact negotiations with the United Kingdom are ‘within touching distance’ of a deal and a similar deal along with a Bilateral Investment Treaty with Canada is expected to be concluded by December, its top trade official said on Saturday.

Exuding confidence about achieving record high exports of $750 billion in 2022-23 despite global headwinds, Commerce Secretary B.V.R. Subrahmanyam said that the government is readying a new Foreign Trade Policy which will be unveiled on September 30 as part of a package to propel goods exports that dipped sequentially for the third successive month in August.

“We are going to probably clinch the FTA with the United Kingdom by the end of this month itself. They don’t have a full-time Prime Minister and somebody will be in place by Monday or Tuesday. Once that is done, we are going to see a $10-15 billion uptick from there,” he said.

“There is a global demand to move out of China and one of the reasons why countries are running to do Free Trade Agreements (FTAs) with India and have become more flexible, is to reduce their own dependence on China,” Mr. Subrahmanyam said.

“In 18 of 20 top product groups Australia imports, China has 50% to 80% market share. That’s the kind of dependence… no wonder they want to sign an FTA with us,” he pointed out, adding the same issue plagues Europe and the U.K. which are looking to diversify.

“That’s why we are pushing for these FTAs which are an important part of our trade strategy. FTAs will open new markets and market access is our goal,” he underlined, adding that the second round of talks with the EU were slated to begin soon.

While textiles exports are facing stress, the Australian FTA, which has already been put up to its Parliament and should get passed in a month’s time, would hopefully boost shipments, the Commerce Secretary noted. Jewellery exports to the UAE had already risen 50% in the first two months of an FTA, he pointed out.

How To Set STP on Groww?

Indian economy to grow over 7% in FY23, says Finance Secretary