Skip to content
Home
Economy
Despite inflation, there is no reduction in the expenditure of Indians, the survey revealed

Indians are focused not only on saving for the future, but also on spending for experience and material possessions

According to the findings of a survey global inflation (InflationDespite this, Indians are looking forward to living a balanced life with plans to spend on things like everyday clothes, vehicles, and air travel. According to the report of Deloitte Touche Tohmatsu India, according to the Times of India report, Indians are not only focusing on saving for the future, but also want to spend for experience and material possessions.

Survey done on every 1000 people in 23 countries

The report further states that more vaccination campaigns and positive growth are the main reasons for this change. According to the findings, 77 percent of people have become optimistic about their financial situation within the next three years, as more and more workplaces are opening and there has been a decline in COVID-19 cases. Deloitte Touche Tohmatsu India on Monday unveiled Wave 24, the latest analysis from the Global State of the Consumer Tracker. This is an online survey that has been done on every 1,000 people in 23 countries. 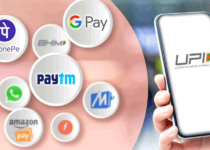