Skip to content
Home
Banking
Bihar: More than 900 crore rupees came in the bank accounts of two children, the bank banned the withdrawal of money

In Bihar, after the recent incident of five and a half lakh rupees in the bank account of a person, now a large amount of money came in the bank account of two children, which not only their families but the entire village is in awe. According to Live Hindustan, the amount deposited in the accounts of Guruchandra Vishwas and Asit Kumar is more than Rs 900 crore. Both the boys are residents of Pastia village of Bagora Panchayat in Katihar district.

The report said the boys went to the local Centralized Processing Center (CPC) of the State Bank of India (SBI) to inquire about the money sent by the state government for school uniforms, where they found such a huge amount in their account. There was a big shock after hearing this.

Boys account is in Uttar Bihar Gramin Bank. While there is 60 crore rupees in the bank account of a boy Vishwas, suddenly 900 crore rupees came in Kumar’s account.

Branch manager Manoj Gupta was shocked when he came to know about the matter and stopped the withdrawal of money. According to the report, an inquiry has been ordered into the entire matter and senior officials of the bank have been informed.

A person from Bihar got Rs 5.5 lakh by mistake in his account, refused to return it, said I thought PM sent it

Before now a similar case had also come from Khagaria district. A private tutor named Ranjit Das got Rs 5.5 lakh in his account due to a bank mistake, but despite being served a notice, he refused to return the money. The man felt that this money was sent by the government and it was being extorted from him. 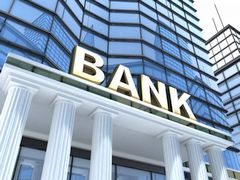